Dr. Jenn Mann is one of the most well-recognized psychotherapists in the country. Most known as the host and therapist for VH1’s long-standing hit shows Couples Therapy with Dr. Jenn, and Family Therapy with Dr. Jenn, she has appeared as a guest expert on hundreds of other shows including: The Today Show, The Early Show, Dr. Oz, Wendy Williams, The Doctors, The Maury Show, Steve Harvey, Entertainment Tonight, Access Hollywood, The Insider, and Jimmy Kimmel Live. She has been a host and/or cast member on many series including Shopaholic 911 (Style), Pretty Wicked (Oxygen), Propose or Die (NBC), Family Forensics (A&E), and Married By America (Fox).

She is the author of multiple best selling advice books including: The Relationship Fix: Dr. Jenn’s Guide to Improving Communication, Connection & Intimacy, SuperBaby: 12 Ways to Give Your Child a Head Start In the First 3 Years and The A to Z Guide to Raising Happy Confident Kids which have collectively spent five weeks on the best-seller list. She is also the co-author of the children’s book Rockin’ Babies which she co-wrote with her mother, Grammy award-winning songwriter Cynthia Weil.

Dr. Jenn’s advice columns have received wide distribution nationally. Her weekly column in In Style Magazine called “Hump Day with Dr. Jenn,” where she gives sex and relationship advice is posted every Wednesday. Her monthly Dr. Jenn column was printed in Los Angeles Family Magazine and nine other magazines and ran for over a decade.

An accomplished writer, her work has won many awards including The March of Dimes Community Award, the Molina Literacy Award, multiple Mom’s Choice awards, the Purple Dragon Award in children’s literacy, and multiple awards from the Parenting Publications of America.

Dr. Jenn spent five years hosting her popular, five day a week, call-in advice radio show The Dr. Jenn Show on Sirius XM. Prior to that, she co-hosted a nightly call-in advice show called On the Couch with Bradley Wright on Star 98.7 (then Clear Channel, now iHeart Radio). Before that, she had a weekly call-in show on KEYT News called Ask Dr. Jenn where she spoke about current events and gave advice to callers. That show was live on KEYT televised news and simultaneously on the radio station. Dr. Jenn has hosted specials and done fill-in hosting on KFI, Playboy Radio, and Stars.

Dr. Jenn wrote her doctoral dissertation on weight loss, eating disorders, body image and the use of intuitive eating. She created her popular weight loss app “No More Diets” application, which is currently available on iPhone & iPad, on that dissertation. She was part of the USA Gymnastics Taskforce on the female triad (eating disorders, amenorrhea, and osteoporosis) and the Athlete Wellness Committee.

Dr. Jenn was an elite level rhythmic gymnast. She spent five years on the United States National Team, competed internationally, performed exhibitions in the 1984 Olympic Games, and was the junior national champion, winning five gold medals out of five. It was as a competitor, that she started studying sports psychology techniques. She later went on to do sports psychology consulting for USA Gymnastics and now provides her services in private practice to people at all levels, from recreational athletes to Olympic competitors.

Dr. Jenn spent years working for The Los Angeles Commission on Assaults Against Women (LACAAW, now called Peace Over Violence) as a rape and domestic violence counselor and provided accompaniments for rape survivors to hospitals and police stations. She trained hundreds of women to perform hotline counseling.

Dr. Jenn is a licensed Marriage, Family and Child Therapist (L.M.F.T) and has been in private practice for almost three decades. She lives in Beverly Hills, California with her partner Eric Schiffer and twin daughters, Quincy and Mendez. To learn more about Dr. Jenn visit her Twitter, Instagram, Facebook and Snapchat @DrJennMann. 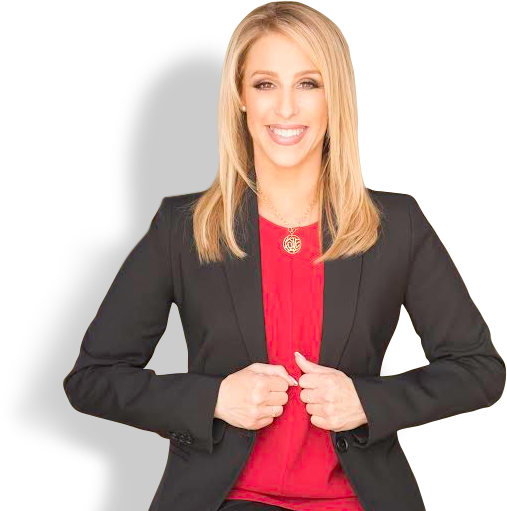 ‘Rockin Babies’ co-author Dr. Jenn Mann Got It From Her Rockin’ Parents